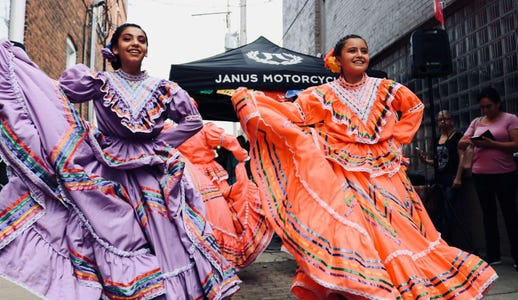 Did you know that Hispanics are one of the most influential and active communities in the United States? Our powerful contribution to the economy and great cultural diversity, full of colorful traditions, is part of why we celebrate Hispanic Heritage Month from September 15th to October 15th.

This guide provides insights into the history behind this celebration, and shares details on how you can join the celebration from the comfort of your home and community.

History of the celebration

The official celebration of hispanic heritage has been organized for more than 50 years. However, it’s possible to divide its story in two parts based on the duration of the celebration:

This annual celebration began in 1968, when the former president Lyndon B. Johnson proclaimed National Hispanic Heritage Week, which lasted for twenty years in mid September. That week was chosen because it included the independence days of several Latin American countries:

Starting with the establishment of Hispanic Heritage Week, the US government urged educational entities and civil organizations to celebrate each year by carrying out cultural activities that recognize the value of the Hispanic community.

Twenty years later, the festivities surrounding hispanics were extended to a month. In August of 1988, president Ronald Reagan reiterated the importance of recognizing the great contributions of the hispanic community to the American society, culture and economy, for which it was important to extend the days of celebration. For this, Congress approved Law 100-402, with which the days of celebration were extended: from September 15th to October 15th of each year. Since then, 33 years have passed in which the government, educational institutions, civil organizations and various companies have come together to celebrate Hispanic Heritage Month.

The impact of the hispanic community

The hispanic community is one of the most influential in American society in various aspects, but its rapid demographic growth and its great contributions to the culture stand out.

We continue to grow more!

According to the last population census, the hispanic community was the fastest growing minority in the United States during the last decade. In 2020, there were 62.1 million people of Hispanic origin living in the country, representing 18.7% of the total population. This means that the number of Hispanics increased by almost a quarter since 2010, when the last census was

In addition, we are a predominantly young community, since the average of Latinos is only 28 years old. This is why Hispanics are the largest and fastest growing ethnicity in the US, a very important reason to celebrate Hispanic Heritage Month!

Keep in mind: The Hispanic population is constantly growing, however, there are states where our community increases significantly and its influence is seen and felt almost everywhere. These states include: California, Florida, Illinois, New York and Texas. Are you in one of them?

Although the COVID-19 pandemic has affected the pockets of many people in our community, it has not interfered with our desire to keep going and grow economically. Thanks to this attitude, hispanics have had a strong impact in the country's economy, and as a sample we can see all that we have achieved during the last decade:

The strong impact of the Hispanic community is not limited to its rapid economic growth. Over the past several decades, Latinos have made immense contributions to the great cultural diversity of the United States. Some of the most important are:

Spanish is the language most used by Latinos in the US; however in recent years its use has expanded to other sectors of the population and it is currently the second most studied language in the country. This is why it is estimated that by the year 2060, the United States will be the second country with the most Spanish speakers on the planet, just behind Mexico. 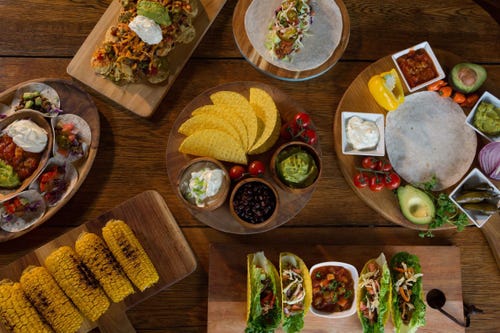 The influence of Latin culture is also felt in the palates, making many of the traditional dishes of Latin American cuisine some of the favorites among Americans. The best example are tacos - which have become more popular than hamburgers - but we can also mention the growing popularity of delicious dishes such as arepas, pupusas, empanadas, guacamole or rice with chicken.

When we migrated to the United States we tried to keep alive the traditions that remind us and unite us to our roots. In recent years, many of these traditions have become more visible in the media, arousing the curiosity and respect of the general population. Some of these traditions are the celebration of the Day of the Dead every November 2nd, the festivities of XV years, the use of piñatas at birthday parties, the celebration of May 5th (cinco de mayo) and the organization of posadas every December.

Art is another area where the Hispanic community has had a strong impact in the United States, with more and more artists having an important presence in different artistic disciplines.

One of them is music, since our rhythm —such as salsa, reggaeton or Latin pop— have had a growing popularity in recent decades, something that could be demonstrated with the participation of Shakira and Jennifer López in the half time Super Bowl show, when they became the first Latin artists to star in said event.

Another discipline where Hispanics have had an impact during the last years has been in the cinema. More and more actors, actresses, and filmmakers have a strong presence in Hollywood, as demonstrated in the last decade by triumphs of Mexican directors Alfonso Cuarón, Alejandro G. Iñarritu and Guillermo del Toro during one of the most important film award ceremonies in the industry.

How is Hispanic Heritage Month celebrated?

Since the introduction of Hispanic Heritage Month, the government has promoted educational and cultural activities in which the contributions of Hispanics to American society throughout history are remembered and celebrated.

Year after year, there have been many educational institutions, social organizations and large and small companies that have joined the celebration with activities such as Latin music concerts, book presentations by Hispanic authors, plays in Spanish, traditional dance presentations and exhibitions of Latin artists, among others.

Some examples of activities that will take place in 2021 are:

Keep in mind: Due to the ongoing COVID-19 pandemic, this 2021 there will also be online events to celebrate Hispanic Heritage Month. Some of those include:

How can you join the Hispanic Heritage Month celebrations?

If you would like to join the Hispanic Heritage Month celebrations, we invite you to consider some ideas of what you can do individually and, if you desire, in your business or community.

Show the world your proud Hispanic heritage! You can do this on social media like:

Other forms of celebrating Hispanic Heritage Month is by organizing with those closest to you --family, friends, neighbors-- to carry out activities like:

If you have a business, you can join the festivities of Hispanic Heritage Month by organizing various activities there like:

So, what do you say? Are you joining the Hispanic Heritage Month Celebration?

In the meantime, expect more information from SABEResPODER related to this celebration very soon. If you have any questions about this or any other topic, do not hesitate to reach out to us, remember that we are here to help you!