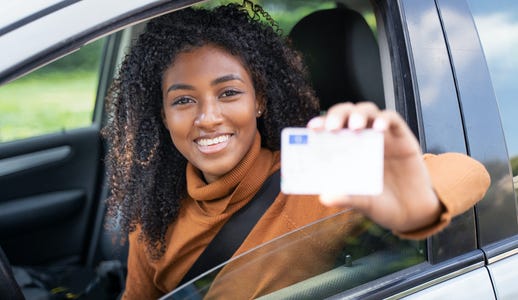 International Driving Permits: What Are They, and How Can I Get One?

Since traffic laws depend on local jurisdictions (in other words: they vary by state or county) it’s best to get an international driving permit whenever you need to drive a car in the U.S. with a foreign license. If you don’t know how to get one, don’t worry! We’ll tell you everything you need to know about this document and how to get one.

What is an international driving permit?

An international driving permit is a document that allows you to drive a car outside of the country where you got your driver's license. Permits are issued by an organization designated by the same country that issued the applicant’s domestic driver’s license. In order to be valid, international driver’s permits must have the original domestic license with them.

This permit has a small booklet that's about the same size as a standard passport. Inside, you’ll find the information on your license translated into different languages. This will ensure that almost any authority in the world can understand your license. The languages included are: English, Spanish, Russian, Mandarin, Italian, German, Arabic, and French.

How can I get an International Driver’s Permit in the U.S.?

There are plenty of different websites that offer services to help you apply for an international driver's permit. However, most of these services only operate as intermediaries between you and the issuing agency. That’s why the cheapest, easiest, and most secure way to obtain this document is to contact the Automobile Association of America (AAA), the organization in charge of issuing these permits in the U.S.

You can apply in person at your local AAA office, or you can mail in your application if you’re traveling abroad. However, keep in mind that it can take up to 4-6 weeks to process an application, and they’ll charge for shipping fees.

Keep in mind: The organizations that issue international driver’s permits in the U.S. are relatively new. In fact, the American Automobile Touring Alliance just stopped issuing them, so be careful if you’re on a website that claims to work with the AATA on these permits. We recommend checking out this article to avoid getting scammed (written by the Federal Trade Commission). 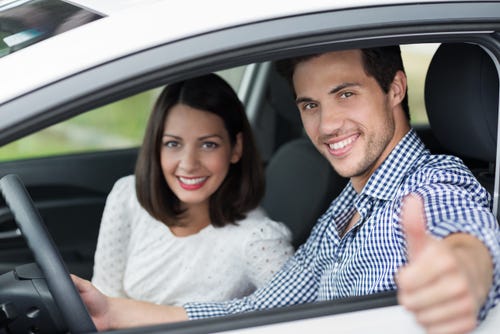 You’ll have to meet the following requirements:

How much does an International Driver’s Permit cost?

The cost will depend on the country that you’re applying in. AAA issues international driver's permits for $20. If you send your application by mail, you’ll also be responsible for any shipping fees.

How can I get one abroad?

Like we mentioned, international driving permits can only be issued by organizations in the same country that issued your driver’s license. But if you don’t have an American driver's license, you can apply for this permit in your country of origin. Below is a list of organizations that issue these permits in a selection of Latin American countries:

The Automóvil Club de México (ANA) issues international driver’s permits in Mexico. This association has six customer service units in the country, or you can submit your request online.

In Cuba, international driving permits are issued by the Federación de Automovilismo y Kartismo de Cuba. This organization doesn’t have an online application service, so you’ll have to speak directly with them over the phone or in person at their office.

If your driver's license was issued in Panama, you’ll need to send your application to the Asociación Automovilística de Touring y Deportes de Panamá. Like its Cuban counterpart, this association doesn’t have any online application services, but you can call them at +507 6612-5910.

The Touring y Automóvil Club Guatemala is the only organization authorized to issue international driving permits in Guatemala. If your regular license is Guatemalan, you’ll have to contact this agency to get an international permit.

The Ecuadorian Federal Government is in charge of granting international driving permits. You can submit your request here.

Drive anywhere in the world!

We hope this information has given you a better understanding of what an international driver’s permit is and how to obtain one. With this document, you can drive anywhere in the U.S. with a foreign driver's license or abroad with an American license. If you have a driver’s license from a country that isn’t listed above, feel free to contact our team for support! We’ll be happy to help.