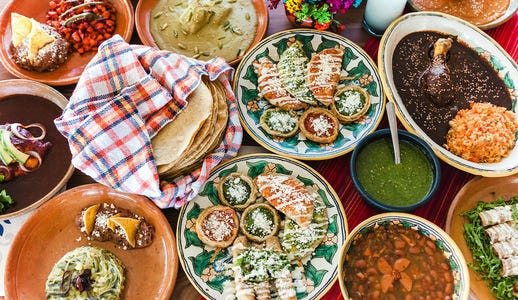 The 18 Best Dishes of Mexican Cuisine

Mexico is a gastronomic mosaic that’s rich in culture. Among its treasures are extraordinary dishes that are known for their variety of ingredients and magical flavors. This guide introduces a selection of 18 Mexican dishes that will grab the attention of even the most refined palates.

Huevos rancheros are a traditional Mexican recipe that’s usually served for breakfast. They’re also popular for brunch or, really, at any time of day. It’s almost always paired with refried or homemade beans. 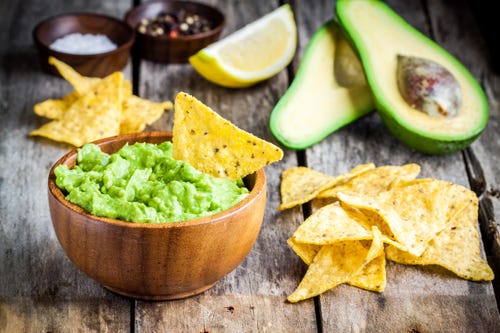 Guacamole is a Mexican salsa that dates back to Olmec culture. It’s well-known for its high nutritional value, its delicious flavor, and its versatility.

Created in the state of Jalisco, birria is prepared with goat meat or lamb. If you have preference or dietary restrictions, you can also prepare this traditional recipe with beef or pork. 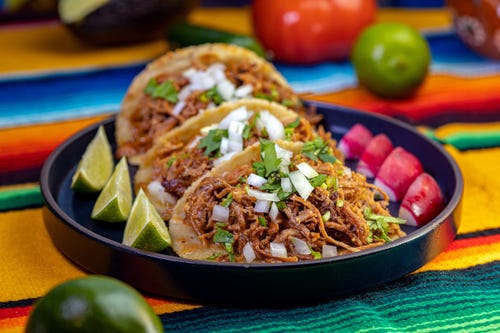 Michoacan-style carnitas are among the best-known Mexican dishes. This plate is used to make carnitas tacos, which are very popular all around the world. Serve your carnitas with lime, green salsa, and tortillas for a mouthwatering delicacy.

Quesadillas are among the most versatile dishes of Mexican cuisine. They’re traditionally prepared with cheese but you can also make them with pumpkin flowers, potatoes, corn, pork rinds, and even beef brains. The key to a good quesadilla is a good tortilla.
And you can’t have a quesadilla without a delicious salsa! 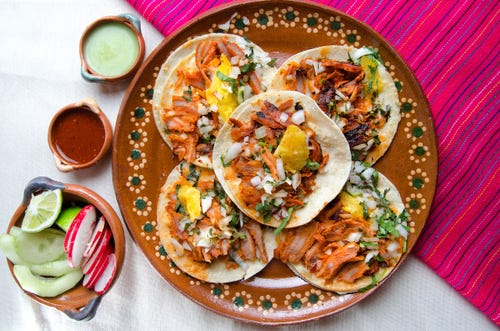 Did you know that the experiential travel guide, Taste Atlas, named tacos al pastor the world’s best dish in 2019? With this recipe, you’ll be able to prepare these delicious tacos in the comfort of your own home using the tools you already have in your kitchen.

Chiles stuffed with cheese are a popular lent dish that helps avoid meat. But the options are endless with this recipe when you do include proteins such as chopped beef, shredded pork, shrimp, sardines, eggs, and chicken. 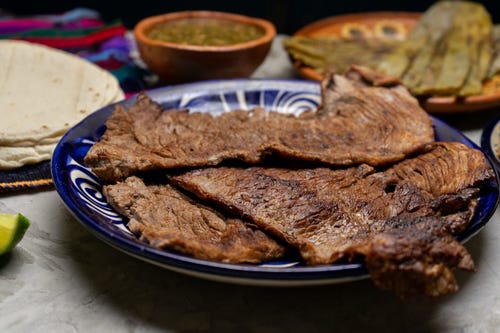 Created by siblings José Inés y Fidel Loredo, owners of the restaurant “Tampico Club” in Mexico City, tampiqueña steak is a dish that’s filled with symbolism. The long strip of steak represents the Pánuco river, while the beans symbolize the oil in that area. It’s served in an oblong plate to signify the huasteca region, with white cheese to communicate the purity of its inhabitants and guacamole as a symbol of their fruits. 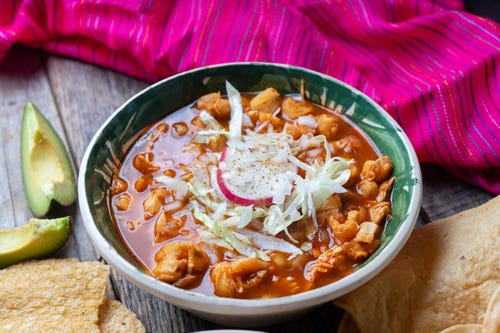 Pozole is a traditional dish typically made in September, but it’s also popular during the Christmas season and as a New Year’s dish. It’s a delicacy which got its name from the nahuatl word pozoli which means “boiled” or “foamy.” 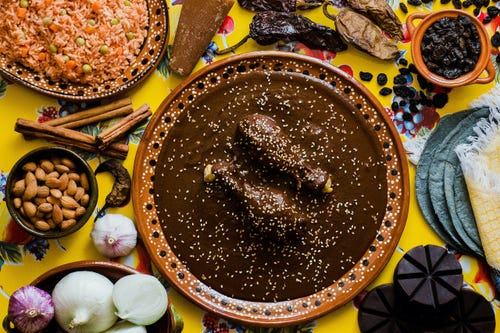 There are more than fifty types of mole. The most popular among them are black, green, pipian, mole de olla, and oaxacan mole. In any of its varieties, mole is a meticulous dish whose combination of flavors and textures will challenge your culinary skills and delight the palate. 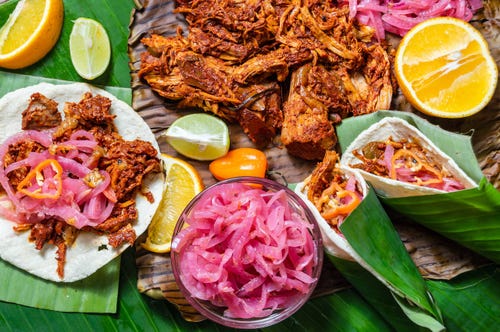 Created in the state of Yucatán, cochinita pibil was originally cooked in a “pib” which means “mud oven” in a Mayan dialect. Historians also know that, in the beginning, it was cooked with deer, pheasant, and wild pig. 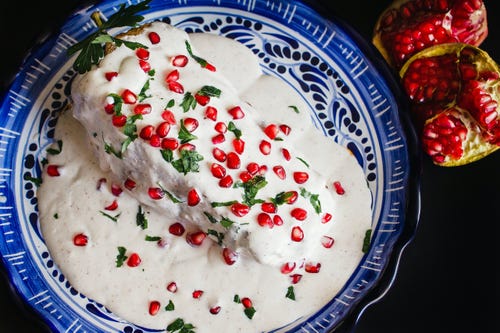 This recipe was prepared by the nuns at the Santa Monica convent in Puebla, as a special dish to welcome emperor Agustin de Iturbide after signing the Treaty of Córdoba, ensuring Mexico’s independence from Spain in 1821. 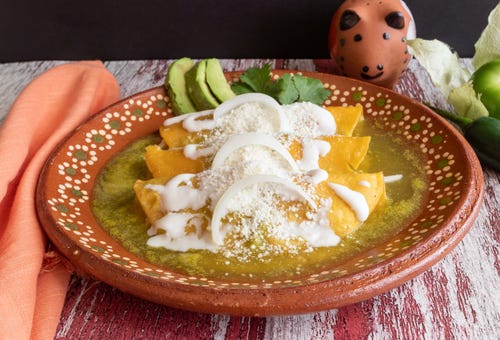 Enchiladas are one of Mexico’s best known meals. Depending on the type of chile that you use and how you pair it, this diverse dish comes in a variety of presentations: green, red, Potosí and Swiss style. 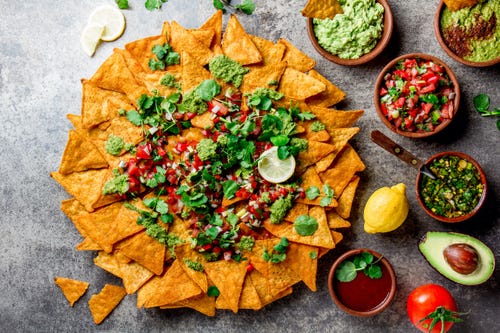 These small pieces of toasted tortilla are a worldwide favorite snack. For centuries, Mexican cuisine has paired them with guacamole, refried beans, mole, and many other dishes.

This traditional dish comes from the state of Sinaloa. As you enjoy this dish, let its fresh and spicy flavors transport you to Mexico's beautiful Pacific coast. 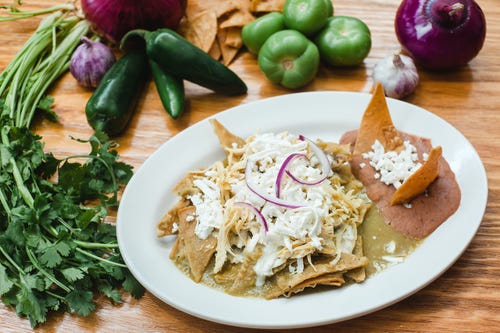 Chilaquiles are Mexico’s most popular breakfast. Although they are a simple dish, chilaquiles are famous for their delicious flavors that everyone loves.

Tamales varieties can bring the spicy with shrimp and the sweet with pineapple, it’s said that there are more than 500 types of tamales. With such a variety, we decided to share the recipe for zacahuil, the largest tamal in the world. The ingredient quantities depend on the number of diners.

Zacahuil is traditionally eaten in Xantolo, which is the Day of the Dead in Potosí. It’s served in small portions and paired with pickled chiles. 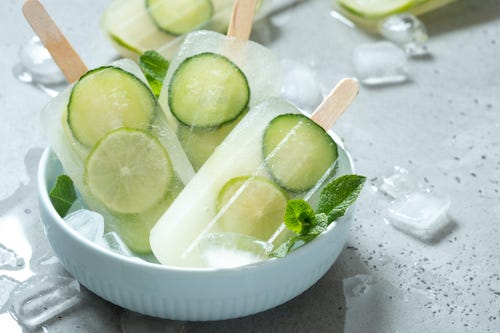 Mexican ice pops come in a variety of flavors and fruity combinations. Here we’ve provided the recipe for lime ice pops, a popular option for those warmer days.

We hope these 18 traditional Mexican dishes inspire you to try new recipes and surprise everyone at your next gathering. Mexican food is a great option for no matter the occasion!

If you have any questions about these recipes or need more information, don’t hesitate to reach out to the SABEResPODER team.