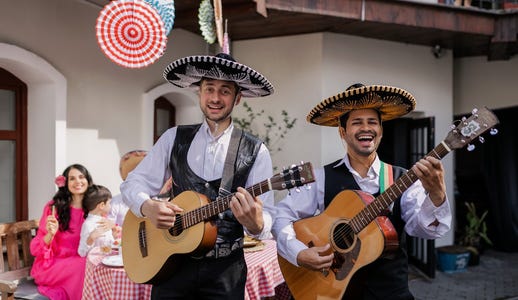 Cinco de Mayo is probably the most popular Mexican celebration in the U.S., usually associated with beer companies, Mexican food, street parties and celebrations— but do you know why this holiday is celebrated? Many people confuse it with Mexican Independence Day which falls on September 16th, but Cinco de Mayo has a very unique history and traditions, and is celebrated for different reasons in the U.S. and in Mexico.

Learn all about why we celebrate this memorable holiday and make your next Cinco de Mayo celebration all the more authentic and special !

The History of Cinco de Mayo

After the Reform War, Benito Juárez’s government decided to suspend Mexican debt payments to foreign countries for two years. This led France, Spain, and the United Kingdom (U.K.) to create the Tripartite Alliance and send troops to Mexico demanding repayment of their debt. At the end of 1861, the troops reached Veracruz, but after a few months of negotiations, Spain and the U.K. withdrew after successful negotiations. However, France decided to keep trying to invade Mexico.

The French Intervention and Mexican Victory at the Battle of Pueblo

The French army was sure they’d claim an easy victory against a smaller and less-equipped Mexican army. Led by Charles de Lorencez, the French army left Veracruz in May 1862 to attack the city of Puebla de Los Ángeles on their way to Mexico City.

Meanwhile, an estimated 3,000 Mexican soldiers led by Ignacio Zaragoza fortified the city and prepared for a French attack. On May 5th, Lorencez prepared his army and began an attack on the North side of Puebla. The battle went from morning until night. After Lorencez realized that his army was losing a lot more troops than the Mexican army, he withdrew.

How is Cinco de Mayo Celebrated?

In Mexico, Cinco de Mayo isn’t a very important holiday on a national level. Most people know that it’s the Day of the Battle of Puebla, but they don’t do anything to commemorate it. A few places in Mexico celebrate with parties that are inspired by the Mexican army’s brave defense of Puebla. A few of these celebrations are:

Huejotzingo has a unique way of celebrating the historic Battle of Puebla. This Carnival is combined with celebrating the beginning of Lent since the exact date of Carnaval doesn’t always coincide with the battle’s anniversary.

This celebration’s unique traditions are centered around the city's historical events. Approximately 12,000 people wear costumes and participate in this Carnaval. Most dress up as soldiers who fought in the Battle of Puebla. Others re-enact the battle, and hold performances of Romeo and Juliet as well as the first Catholic wedding and baptisms in Mexico.

One of the largest commemorations of the Battle of Puebla takes place every year in the Peñón de los Baños (link in Spanish) neighborhood in Mexico City. Hundreds of people descend onto the streets and head to Cerro del Peñón to re-enact this historic event.

The festivities begin with a parade that ends at the Hermenegildo Galeana school. Then a ceremony honoring the flag takes place to kick off the festivities. Government employees, Mexican Army members, and police officers attend this ceremony. The ceremony is followed by a reenactment of the Battle of Puebla with hundreds of people dressed in the historical military uniforms of each side. After the battle, everyone takes a two hour break, and locals open their homes to feed the participants.

As a final act, the participants climb the hill for a second and final battle reenactment. This lasts approximately two hours and ends when the French are killed, and the Mexican troops raise their voice saying, “My general, we did it!”

The largest celebration of Cinco de Mayo takes place in Puebla. Thousands of people participate in this civilian and military parade. This parade includes students led by their teachers, floats created by local artisans, and a significant number of the Mexican Army and their impressive military vehicles.

Why do we celebrate Cinco de Mayo in the U.S.? 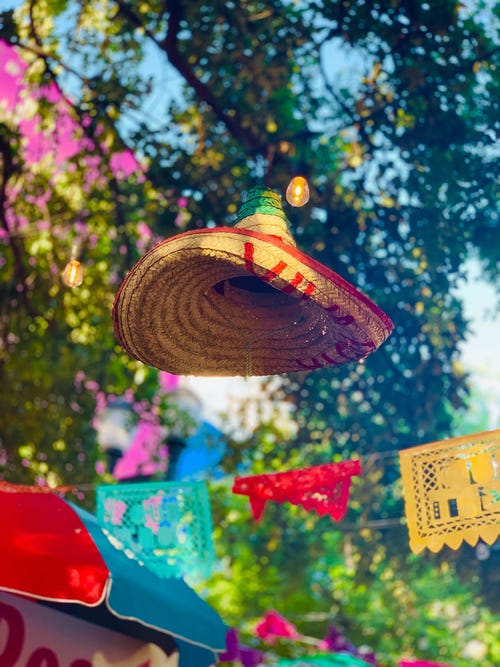 There are a few theories as to why Cinco de Mayo is celebrated more in the U.S. than Mexico. A few academics, such as sociologist David Hayes-Bautista, argue that France had the intention of establishing military bases in Mexico in order to advance north and support the Confederate Army during the Civil War. According to Hayes, when Californians found out about the Mexican victory, they began celebrating this event every year to commemorate the victory.

Later on, Cinco de Mayo experienced a popularity resurgence from the Chicano movement during the 1960s. The movement reclaimed it as a symbol of their bicultural identity and a reminder that a small oppressed village with few resources can still defeat their oppressors.

Another reason why Cinco de Mayo has become so popular in the U.S. is thanks to the marketing efforts of beer companies. According to a New York Times article, in 1989, a company that specialized in importing Corona and Modelo from Mexico launched a campaign to promote selling its products during this festival. The campaign was a hit, and today a large number of breweries use Cinco de Mayo as a marketing tool.

Keep in mind: Currently, a lot of people in the U.S. Celebrate Cinco de Mayo regardless of whether or not they’re of Mexican origin. That said it’s still most popular with the Latino community and that’s why a few people have begun to call it the Day of Latino Pride. Putting the historical reasons for this holiday aside and focusing on celebrating the huge Latino community in the U.S. instead.

One of the largest Cinco de Mayo festivals takes place in the Placita Olvera in Los Angeles, California. A variety of organizations come together to throw civic and cultural events at the Placita Olvera. The festival is full of food stands with traditional Mexican dishes, which makes it a wonderful place to dance, eat, and enjoy the festivities.

During the Cinco de Mayo Parade, Mexicans who live in the city wear traditional regional costumes and celebrate around Central Park. Due to the COVID-19 pandemic, this festival has been on hold since 2020. However, the Compañía de Danza Mexicana Calpulli is organizing different cultural events to celebrate the holiday.

With its sizable Latino population, Chicago has one of the largest Cinco de Mayo celebrations in the country. The most important event is the parade that starts at noon and goes from Cermak Road to Wood Street and ends at Marshall Boulevard. A family friendly festival also takes place in Toyota Park.

In Dallas, Cinco de Mayo includes a parade on the historic Jefferson Boulevard, and parties take place all over the city. It’s important to note that a lot of these events require reservations in advance.

Throughout the U.S. Cinco de Mayo has led to very unique celebrations, like chihuahua races. In a few cities like Chandler, Arizona, chihuahua owners sign their dogs up for racing, and the winner receives a cash prize. Similar events take place in Washington D.C. and Denver, Colorado.

The celebrations that we mentioned are just a few of the most popular events. Most Cinco de Mayo parties are small private home gatherings. In fact, this celebration is so popular that a lot of non-Latino people organize parties where they eat Mexican food, drink tequila, and sometimes feature piñatas.

Is Cinco de Mayo a Holiday?

Most Mexicans don’t celebrate Cinco de Mayo, that’s why it’s not a bank holiday in Mexico. However, a lot of businesses in the state of Puebla close for the day, and a lot of classes are canceled in elementary schools. Cinco de Mayo isn’t an official holiday in the U.S. either, but a few local governments organize parties on this day, and even some presidents have gotten together to celebrate.

If you’d like to celebrate Cinco de Mayo this year, but there aren’t any celebrations near you, you can always organize a party with your friends and family! Although this holiday isn’t celebrated as widely in Mexico, there's nothing more Mexican than finding an excuse to celebrate.

We hope this information has helped you learn a bit more about why we celebrate Cinco de Mayo and why it’s so popular in the U.S. If you have any questions or comments feel free to contact us through our chat.