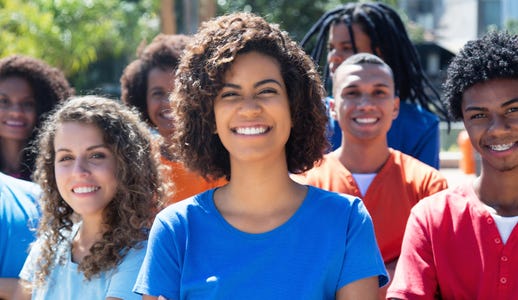 What Does It Mean To Be Latino?

If we were to ask ten different people what it means to be Latino we’d probably get ten unique answers. In the U.S., the literal definition of Latino is used to describe people born in, or with ancestry from Latin America, where the main language comes from Latin. However, the term Latino has a long history with many definitions and associations depending on country, culture, and language and traditions. Today, Latinos make up almost 20% of the U.S. population, making them one of the biggest minorities. In this article, we help you understand the history and significance surrounding this important social group.

History and origins of the term Latino

Until the first half of the 20th century, the word Latin was used primarily to refer to a person originating from any country or territory where languages ​​derived from Latin (or romance languages) were spoken. Under this definition, which is still valid and used (especially in Europe), the Portuguese, Italians, French and even Angolans are considered Latin, since Spanish, French, Italian or Portuguese are spoken as official languages ​​in their countries.

During the 1970s, the US Census Bureau created the classification, "Hispanic" to group all people coming from American countries that were colonized by Spain— such as Mexico, Puerto Rico and Cuba. The first time this term was used in a census was in 1980. In previous censuses, the only way to classify the ethnic origin of the population were "white", "black" and "other."

Using the word Hispanic as an ethnic classification didn’t sit well with some groups since many people from Latin American countries are indigenous and do not identify with Spain. This term also excludes Brazilians, who are considered Latin American but whose history is related to Portugal and not Spain. It was therefore proposed that the word Latino be a substitute for Hispanic. This term gained popularity during the 1980s and 1990s, and in 1997 these two terms were officially recognized as synonyms for subsequent censuses (first used in the 2000 census).

The controversy continues to this day, and as we mentioned earlier, this term has historically been used for a broader group of people that not only includes countries from Latin America, but also from Europe and Africa.

Difference between Latino and Hispanic

Strictly speaking, the Latin concept includes all those whose language, cultural and ethnic heritage derives from the founders of the Roman Empire, while the term Hispanic includes all those with Spanish ancestry. The latter excludes Portuguese and French descendants, and non-Spanish indigenous and non-Spanish peoples. That is to say: all Hispanics are Latinos, but not all Latinos are Hispanic.

However, the distinction we have just pointed out is only found in strict definitions. The reality is that each individual has personal reasons for considering himself or herself to be part of each of these groups, so in statistical and official governmental matters, the terms Hispanic and Latino are synonymous and interchangeable.

According to the latest U.S. Census results, the U.S. Hispanic/Latino population grew by 23% over the previous census, reaching 62.1 million people in 2020. The average growth rate for populations of other ethnicities was 4.3%, showing that our community has seen the greatest increase over the last decade.

Keep in mind: Because of the close relationship the U.S. has with Latin America— both geographically and economically—coupled with the population growth of Latinos, there are many, many examples of notable Latino individuals who have influenced the history of the country and continue doing so today. If you would like to read a brief overview of the lives of several outstanding Latinos, we recommend you read these articles we recently published:

Some Mexicans who do not identify themselves as Latino or Hispanic prefer the term Chicano. There are several theories about the origin of this word, but the two most accepted are the following:

Today, many people still identify with this term, which has brought together thousands of people across the U.S., inciting positive change and awareness.

Which countries are considered Latin America?

One of the reasons why the term Latin is so controversial and difficult to define precisely is the fact that there are twenty countries that make up Latin America. This means that it is a label that tries to encompass a huge swath of peoples, cultures and traditions with unique and special characteristics. This is more than evident when we look at the list of countries within the American continent that are considered Latin:

Which countries are not part of Latin America?

Get the best services for Latinos 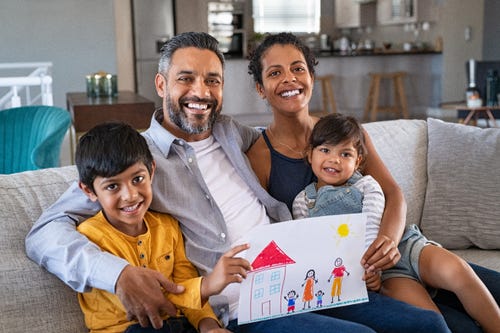 As you can see, the Latino community in the United States is huge. Despite this enormous diversity, however, there are many social, cultural and especially linguistic aspects that unite us. This is why at SABEResPODER we consider it very important to provide services that are tailored to the needs of our community. Some of the services we offer Latinos in the US are:

As you may know, empowering Latinos in the United States is SABEResPODER's mission. Due to the huge demographic growth our community is experiencing, it is more important than ever that we come together as a community to support each other and reach our full potential.

If you have questions about this article, our products or any of the other topics we cover in this blog, please feel free to contact us! Our team of experts will be happy to assist you in English or Spanish.