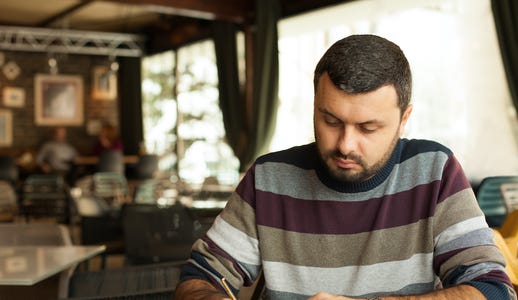 How to Write an Immigration Affidavit of Support

Do you have a friend or family member looking to move to the U.S.? One piece of documentation that is an important part of this process is an immigration letter of support. You might even need one for your own immigration procedure.

We know writing these documents can be challenging, which is why we’ve put together this handy guide to help you understand these letters, their purpose, and how to write them as effectively as possible.

What is an Immigration Affidavit Of Support, And What Is It For?

An affidavit of support (sometimes referred to as a reference letter or a support letter) is a brief declaration written by a friend, family member or someone close to the petitioner during the  immigration process. It highlights the petitioner’s good qualities and provides supporting evidence for their immigration request or any other immigration-related procedure.

The purpose of an affidavit of support is to demonstrate that the person looking to remain in the country has solid morals and ethics. In other words, the person writing the letter vouches for the petitioner and illustrates that they’d be an asset to the community. These documents can also be used as supporting evidence for the case of someone in deportation proceedings. Given that judges have the discretion to determine the case’s outcome, it can be advantageous to demonstrate the petitioner’s positive qualities that would benefit society if the petitioner was allowed to stay in the country.

Who Can Write an Affidavit of Support?

Generally affidavits of support are written by people close to the person petitioning to adjust their immigration status. Depending on the circumstances, these people can be family members, business owners, teachers at a school, or friends. We advise that the person writing the letter be a citizen or permanent resident. Below, we’ll explain the most common types of affidavits and discuss the letter writer’s relationship with the petitioner.

Types of Affidavits of Support

Affidavits of support can be useful for many different immigration-related processes and, depending on the circumstances, can be classified into the following groups:

Letter for stays of deportation

When an undocumented immigrant is arrested by Immigration and Customs Enforcement (ICE), they’ll probably face deportation. In these cases, we recommend that qualified family members (partners, parents, and in some cases the children of the person at risk of deportation) write an affidavit of support to the immigration judge in order to request that they remain in the country.

Letters for asylum and political refugees

Those who are seeking asylum or refugee status in the U.S. due to credible life-threatening circumstances in their country of origin must fill out an I-589 Form. During the request approval process, the judge will require or accept reference letters from people close to the petitioner that explain the reasons for the request and why it would be dangerous for them to return to their country of origin.

Recommendation letters for a visa

When someone applies for a work or student visa, they’ll probably be asked for a letter of recommendation. For work visas, the letters have to be written and signed by a potential employer. In the case of a student visa, a professor who knows the student would write and sign the letter.

Green Cards or Permanent Resident Cards that are granted by marriage to a citizen or permanent resident, as well as those granted to the foreign spouse’s children, are conditional and are valid for two years. In order to remove these conditions, an I-751 petition must be filed 90 days before the card’s expiration date. During this process, it’s often useful to submit one or several letters of support written by people close to the couple who can attest to the marriage being made in good faith.

How to Write an Affidavit of Support For Immigration 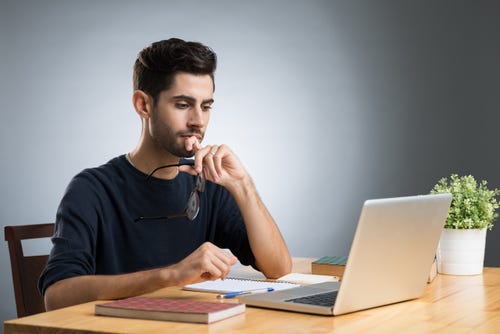 The format and content of the affidavit are very important. Keep in mind that this type of document is extremely formal, so the tone has to be appropriate. In terms of structure, your letter should include the following sections:

At the top of the letter, you’ll have to write your personal information and the date. We suggest writing it in the following order:

Keep in mind: If you’re sending a letter as a professional colleague or a professor, we recommend writing your letter on the company or university' s stationery.  In this case the information on the letterhead will suffice.

This section has to be aligned with the left hand margin and follow immediately after the heading. You’ll have to include the following:

Now that you have your information and the recipient’s information at the top of the page, you’ll have to start the body of your letter with a formal greeting. There are two options:

The first paragraph should have a brief introduction of who you are and your relation to the petitioner. It’s also useful to mention how long you’ve known this person. Other information includes your name, your occupation, and your citizenship status.

This one or two paragraph-long section should express the reasons why you think that the petitioner should be allowed to enter or stay in the country. Considering the person's positive attributes like emotional and financial stability, strong work ethic, and family and community is in the United States. If the letter is for a stay of deportation, you can also include the potential consequences that deportation would have on you and your family.

In order to certify your letter, you’ll have to print and sign your full name. If this letter is part of a deportation proceeding, it must be notarized. The notarization process in the U.S. is simple and generally reasonably priced. In fact, some banks offer it for free. That’s why we recommend that you notarize any affidavit that you write even if it’s not required.

Advice For Writing a Letter of Recommendation

Before you write your immigration affidavit of support, we recommend that you keep the following steps in mind in order to ensure that the content is as impactful as possible:

Writing formal letters can be challenging, but reading examples beforehand can make it easier to get an idea of how to write your own. Look for examples of affidavits of support, and you'll probably find a letter that’s pretty similar to the one you want to write. We don’t recommend copying a letter because the affidavit’s content has to be 100% true and applicable to your personal relationship with the petitioner, but using other letters as inspiration can be a great tool. We’ll provide a few example letters below.

Remember that the person reading this letter is busy and can only dedicate a short period of time to reading it. It’s imperative that your letter is brief and to the point. Only include the relevant information to the subject in question and avoid writing more than a page.

Talk about the petitioner’s character

The main goal of writing an immigration affidavit of support is to demonstrate to the authorities that the petitioner deserves to remain in the country because of their good qualities that will benefit the country. While a personal relationship is important, the letter has to be focused on the person’s good character that makes them an asset to society in general.

Speak with the person who asked you to write the affidavit

Speak with the person who you’re writing the letter about to figure out what you need to emphasize. Ask them the main reasons why they’re asking you to write it. For example, if the letter is to prove that their marriage is a good faith marriage, you probably don’t need to mention their career achievements. Remember, these documents are part of an immigration process that the petitioner’s going through. They’re the best person to tell you what they need.

Where Should I Send my Immigration Affidavit of Support?

Normally these documents are sent to USCIS offices, ICE, or any other foreign consulate or embassy in the U.S. The recipient depends on the petitioner’s immigration process. Don’t send your letter to anyone without asking the petitioner where to send it first.

Examples of affidavits of support

Every affidavit is different, but reading some examples might give you a better idea of the tone and type of content that these offices are looking for. Below is a list of examples of affidavits to help with the writing process:

Your Letter Can Make a Difference!

We know the immigration process can be stressful and complicated for petitioners. Writing an immigration affidavit of support for someone can make the difference between being allowed to permanently reside in the United States or being deported.

We hope this guide has given you a better idea of how to write this important letter and potentially help a friend or family member obtain residency as a result. If you have any questions about this subject or anything else that we talk about on this blog, feel free to contact us, and a member of our team will be happy to help you. Remember: SABEResPODER.

What to Do If You Have an Accident at Work

How To Apply For a Work Visa In the United States

How to Create a Work Contract in the U.S.

Understanding the difference between a fraud and a scam

How to Report Immigration Fraud in the U.S.

How to Renew Your U.S. Visa

Mexican Consular ID Card: What You Need to Know to Obtain One

How to Obtain Your Mexican Birth Certificate in the U.S.

What Are the Requirements for a Mexican Passport?

What’s an Immigration Case Number, and What Purpose Does it Serve?